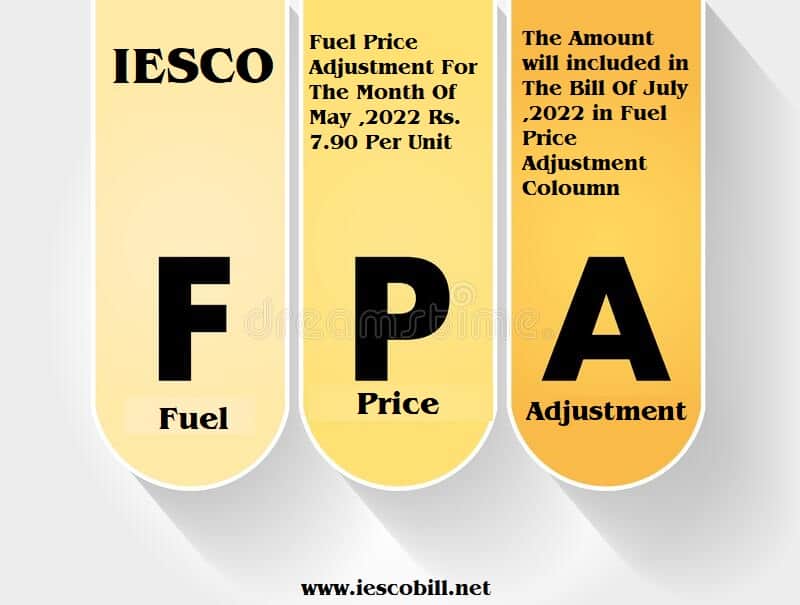 Alert ! For the Consumer of IESCO that The National Electric Power Regulatory Authority (NEPRA) on Monday authorized an extra fuel cost adjustment of Rs7.90 per unit for distribution corporations (DISCOs) for the month of May.

The enlarge will be relevant to all consumer , instead of lifeline and K-Electric consumers, read a notification issued through NEPRA.

The increase in IESCO bill with FPA will effect from July 2022 for one month only. The increase with Rs. 7.90 pe unit along with all taxes approximately Rs 10 per unit.

For example if you have consumed 100 units in the month of May 2022, then you will have to pay the amount in lieu of FPA

The Rs7.90 amplify will put a burden of round Rs131.8 billion on consumers, consisting of GST.

IESCOBILL.NET is a free website to check all the electricity bill of IESCO circles. It is complete site where you can check your IESCO bill online without any dely. IESCO Online Bill